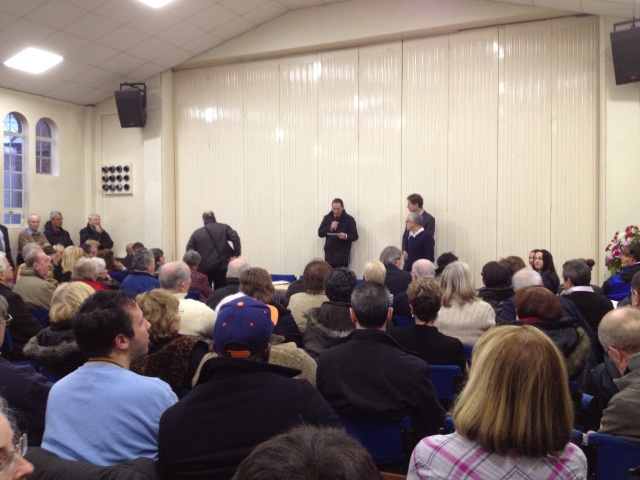 Almost 300 people filled the St.Andrews Church hall in Edgware. Matthew Offord our local MP, a representation from Andrew Dismore’s office, council members and members of the press also attended. It was a remarkable show of the strength of feeling against the proposed Avanti House School development in Broadfields. At one point it was asked with a show of hands who was in support of the development and not one hand was raised. Residents expressed their horror of the planned School and discussed many points. The highlight of the evening was the total agreement of all political visitors against the proposed School in Broadfields.

The residents association has also now elected its leader in Andrew Simons.

A big thanks goes out to everyone who turned up and especially Rev Paul Berry for the use of the hall.